Here it is, my first blog post. This is something I've been meaning to get round to for ages but you know, better late than never. If you can spare a minute or two take a look. Cheers.

Well! With the release of Noel Gallagher’s High Flying Birds highly anticipated second album, ‘Chasing Yesterday’,  it was only a matter of time before someone had to not only review it, but to analyse it and see what the Bobby Moore is. However, I’m not interested in giving track by track feedback and giving it a generic rating out of ten because let’s be honest, about ten of them have probably been wrote in the time it’s took me to string this paragraph together alone.

Instead I want to focus on one song in particular, that being ‘The Dying Of The Light’ or as it was formerly known ‘It Makes Me Wanna Cry’ when it leaked on YouTube late last year. That’s where I first heard this song; diving deep into the depths of YouTube to find the odd Oasis/Noel song I somehow hadn’t heard before. Even from the first listen I couldn’t help but think that this was not just a song, but a declaration of Noel’s whole outlook on the music scene nowadays. This song just screams Noel Gallagher. 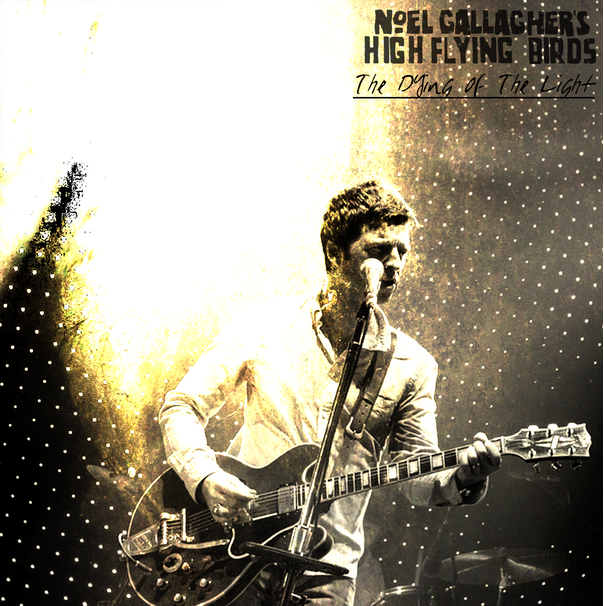 Instantaneously you can tell whose song this is right from the get-go, no one can mistake that strumming, assuming that everyone has heard the obscure indie track that is ‘Wonderwall’. To me this created a sense of nostalgia, cleverly intertwined with the new, fresh lyrics and style of which Noel has adopted over recent years. This song could have easily ranked highly on any Oasis album.

The main semantic that sticks out to me throughout this song is just how upset the music industry makes Noel feel now, almost as if he has been wrong done. Take these lyrics for example: “I’ve been sinking like a flower in the fountain, when all the love I’m gonna need is heaven-sent”. This artistically beautiful simile screams of how the wonder that is the music industry, the fountain, will no longer entertain true beauty and excellence, the flower, and drown good music in the midst of the mediocre ‘music’ that is being circulated today. After all that Noel has done for the music scene for the past twenty years or so, is this all they have in return, to make shit artists float above who’s actually keeping the dream alive? There’s definitely an Oasis reference in there somewhere.

To be honest there’s not a line in this song which I couldn’t find an analogy to back up my point, apart from maybe the “Ouh ouhuh ouh” halfway through, unless maybe he’s just going through a bit of sexual frustration? Well, he is pushing on a bit. Just before he jumps into a heart-felt second chorus he sings:

Could this be any more reflective of his transmission from Oasis to his High Flying Birds? That sentence wasn’t wrote by Chandler Bing, I swear. The first line quite clearly tells of the realisation when he returned to making music, this time on his own, of how his profession, the thing that he knows and loves has no direction. In the second line the “echoes” he can hear are his new ideas for his new journey but which are solemnly savaged from the ideas he didn’t use in Oasis, referring to them as “my own” allows me to rest this case. The line that most jumps out at me is the latter “I’m tired of watching all the flowers turn to stone”. It can go without argument this is in reference to the amount of bands and artists that have lost their touch or been hiding in the shadows, not fulfilling their rightful duty as musicians to keep their music in the ever flowing stream of the modern music scene. Where are their contributions? Or is it all to be left in the hands of Noel?

Also, I think this line conveys his hatred of co-writing. This being said due to how close the song was finalised to his comments about co-writing. He has expressed how he was “Fucking heartbroken” when he found out Jake Bugg used a co-writer, could this be in reference to the flowers turning into stone? Speaking to the NME he had this to say: "I've heard it said, in interviews, by these characters who use songwriters that, 'Well, you need help to write songs.' And what I would say to people like that is, 'Well, if you need help to write songs, join a fucking band.' Right? That's why music is dying." I think that last point he made is a nice place for me to finish up.

So what does this mean? Could this be the last project of Noel Gallagher we’ll see? Not a chance. By the sounds of this song he will continue to fight his corner until the world sees right. I mean, maybe I’ve looked into this a bit too much, he could just not like when his night light goes out. Who knows.